This article first appeared in the Mar./Apr. 2018 issue of Live Play AAA, the Official Publication of AAA Minneapolis.

Be aware of the latest changes.

Whether you are married, divorced, widowed, remarried or single, it is now more important than ever to evaluate how to maximize Social Security benefits by claiming at the appropriate time. In 2015, behind closed doors and with no public warning or public input, complex claiming rules suddenly changed, making Social Security more complicated than ever. 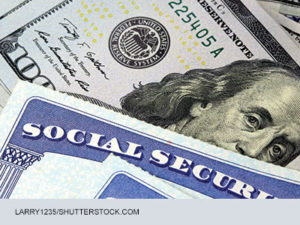 This popular strategy allowed taxpayers to file for their Social Security benefits to entitle their spouse to his or her spousal benefit (for example, a wife collecting as a spouse on her husband’s record), after which they immediately suspend their benefits to build delayed credits. While voluntary suspension is still allowed, no spousal or dependent benefits may be paid based on a suspended benefit. As a result, there hasn’t been any reason to file and suspend since April 2016.

If you were older than 62 as of Jan. 1, 2016, you may still file a restricted application for spousal benefits when you turn full retirement age. The ability to collect a spousal benefit while your own benefit builds delayed credits is considered one of those loopholes. This loophole benefit will be closed in 2019. If you turn 66 before 2019, you may still take advantage of it.

Although some loopholes have been closed, the rules surrounding a Social Security decision are very complicated. There are still up to 10,000 ways to claim benefits. Many people claim too early and leave money on the table, or they haven’t saved enough for retirement. Coordinating your Social Security decision is the foundation for a retirement income plan adding longevity and impacting a long-term withdrawal strategy.

Sterling Retirement Resources will be presenting four Social Security Strategy workshops (with an emphasis on the changes) exclusively for AAA members on April 10 and 12 at AAA Minneapolis’ St. Louis Park headquarters. For information, contact AAA Minneapolis at (952) 927-2611 or Sterling at (763) 762-3400. Contact Sterling Retirement Resources for a complimentary consultation regarding your Social Security benefits and overall retirement income plan.

This site is published for residents of the United States only. Financial Advisors of Cetera Advisor Networks may only conduct business with residents of the states and/or jurisdictions in which they are properly registered.

Not all of the products and services referenced on this site may be available in every state and through every advisor listed.

For additional information please contact the advisor(s) listed on the site, visit the Cetera Advisor Networks site at www.ceteraadvisornetworks.com.